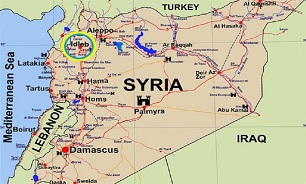 The report added the terrorists are using the civilians in terrorist-held villages and cities in Idlib as human shields.

Recently, the Russian and Syrian coordination centers agreed to open a humanitarian corridor at Abu al-Duhour corridor to help evacuate those willing to leave Idlib.

On August 5, the Syrian army announced the start of an offensive against foreign-sponsored militants in Idlib after those positioned in the de-escalation zone failed to honor a ceasefire brokered by Russia and Turkey and continued to target civilian neighborhoods.

In late August, the Syrian army officially announced the liberation of the strategic town of Khan Shaykhun south of Idlib along with other localities from the clutches of militants.