Whoever starts war will not be the one finishing it

TEHRAN (defapress) – Iranian Foreign Minister Mohammad Javad Zarif warned that if a war erupts in the region it will not be limited.
News ID: 78772 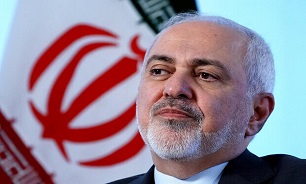 "I'm not confident that we can avoid a war. I'm confident that we will not start one," Zarif, who is in New York to attend the UN General Assembly, said in an interview with CBS's ‘Face the Nation’ set to air Sunday.

"I'm confident that whoever starts one will not be the one who finishes it," he highlighted.

Asked what he meant, Zarif said "That means that there won't be a limited war."Tensions between the US and Iran further escalated after Yemeni armed forces conducted a large-scale operation against Saudi Arabia’s Aramco oil installations last Saturday, in response to the Saudi-led war on their country.

The Yemeni Ansarullah movement immediately took credit for the attacks, but US Secretary of State Mike Pompeo swiftly accused Iran of being behind the assault, without providing any evidence. Tehran categorically rejected the allegations.

Also in a tweet about the interview which was recorded in Iranian mission because of US-imposed limitations on the Iranian minister, Zarif said he has told the host “You sell me a building, but a year later the person who inherits your company comes & says, you didn't pay enough money, & he wants a better deal for himself & a worse one for me. In which "history", to use Mr. Trump's words, has someone agreed to that?”