TEHRAN (defapress) – An Iranian deputy foreign minister dismissed the possibility of a meeting between the president of Iran and the US on the sidelines of the UN General Assembly in New York, reiterating that Washington must end the policy of maximum pressure on Tehran.
News ID: 78784 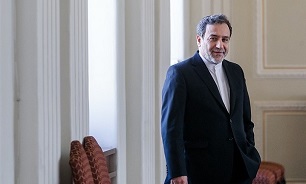 In an interview with The Independent on Sunday, Deputy Foreign Minister Abbas Araqchi underlined that Iran will not enter into negotiations until the US stops its campaign of “maximum pressure”, making bilateral talks between the presidents attending the meeting of United Nations General Assembly this week highly unlikely.

Speaking at the Iranian mission to the UN in New York, Araqchi said “maximum pressure” from the US has produced “maximum resistance” from Iran, and “to get real negotiations started, this economic war has to end.”

“And to end this economic war, we first need a ceasefire in order to do real negotiations and find sustainable solutions,” he added.

“Not only us, but no country will negotiate under pressure,” he underlined.

Asked what Tehran would do if the maximum pressure from Washington turns into military pressure, Araqchi said, “Then we will resist militarily.”

The deputy minister also rejected the possibility of any meeting between Iranian President Hassan Rouhani and his US counterpart on the sidelines of the UNGA. He, however, said that the US could attend a multilateral setting if it returns to the Joint Comprehensive Plan of Action (JCPOA).

“If Trump returns to the JCPOA, we will again negotiate with the United States in the format of a P5+1 meeting”, he explained.

As regards the French efforts to save the JCPOA, Araqchi said, “(French President) Mr. Macron and Rouhani’s plan is to have a ceasefire to be able to conduct real extensive negotiations and find a long term solution.”

“This is the path and the roadmap that we believe will work… Otherwise without a ceasefire and under pressure, no country will negotiate and neither will we,” he underscored.

“If we get to sell our oil, we will return to full compliance of the deal,” Araqchi said.

Asked whether Tehran is ready to stay in this resistance mode for the next two to six years, considering the possibility of Trump’s re-election, Araqchi said, “We will continue ultimate resistance in the face of maximum pressure. If they put maximum pressure aside, the path to negotiation will open.”