Moscow Blasts US Refusal to Issue Visas to Russian Delegates 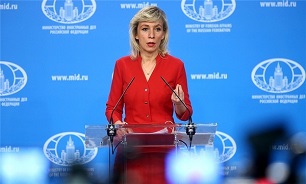 "A number of official Russian delegates were denied US visas for participation in the UN General Assembly session. This is an example of the United States’ outrageous disrespect towards UN members and of failure to comply with its obligations of the host country," she said.

This affair will be discussed at a meeting between Russian Foreign Minister Sergey Lavrov and US Secretary of State Michael Pompeo.

"Another act of defiance of the rights of sovereign countries and international organizations and inability to diligently comply with one’s own international legal commitments will be central to Lavrov’s conversation with Pompeo in New York," Zakharova added.

"The US side argues that the problem is purely technical - application deadlines and so on. This is not so. The documents were filed within the dates established by the US diplomats. The applications that had been submitted earlier (two months before the departure) were turned down with a remark it was done ‘too early’," she stated.

"There is something deeply, deeply wrong with those guys," she noted.

Earlier, the chairman of the Federation Council’s international affairs committee, Konstantin Kosachyov, announced that a number of FC members, including himself, had been denied visas and would have to be absent from the annual UN General Assembly session.