Iran not to tie its future to ingenuine meeting with Trump, says Zarif 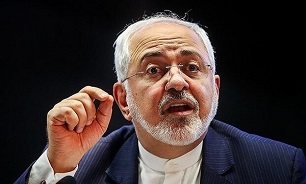 “We will not tie the Iranians’ future and economy to a meeting, which is for show, with a president that has failed to honor his commitments so far and that has left all of them,” Zarif told reporters on Saturday before leaving New York for Tehran.

“Many Europeans think that the solution to bypass their failure to implement their part of commitments after US withdrawal from JCPOA, is that we would meet with Mr Trump,” said Zarif, adding, “It is not our problem that they [Europeans] have difficulty in fulfilling their commitments [under JCPOA] or don’t have the will or ability to do so.”

After US withdrawal from Iran nuclear deal (JCPOA) and the imposition of unilateral sanctions, European signatories have so far failed to stick to their commitments, one of which is normalizing trade ties with Iran.

While in New York to attend the 74th UN General Assembly in the last couple of days, Rouhani met and held talks with senior European leaders including those of Germany, UK and France, all of whom tried to persuade him into meeting with President Trump. But this didn’t realize because Tehran has demanded the removal of sanctions before entering ‘multilateral’ talks with US.

“Our condition was that sanctions should be removed for holding a meeting between President Rouhani and leaders of 5+1 [which includes US], not a one with Trump,” said Zarif, adding, “Mr Trump didn’t say that this [sanctions removal] will be done after meeting but it was willing for a meeting and said sanctions may be lifted after the meeting.”

“We have always announced, and Islamic Revolution Leader has also said, that if Americans are seeking to engage in talks with the Islamic Republic, they should first return to their commitments and stop sanctions.”

Zarif then left the American city for Tehran after a week-long stay in New York where he held extensive talks on regional, bilateral issues with his counterparts from different countries.