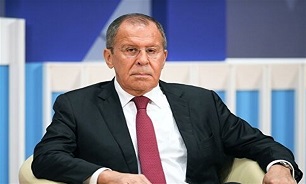 “Such actions ... further destabilize the situation and could lead to an escalation,” pan-Arab daily newspaper Asharq Al-Awsat quoted him as saying, according to Reuters.

“Syria should not become a platform for implementing plans or settling accounts. The main task of all concerned forces must be to help restore peace to Syrian territory.”

Recently, the Russian aviation publication Avia.Pro reported that the country’s combat aircraft prevented another Israeli airstrike in Syria, helping the Syrian armed forces destroy a drone on its way to attack Damascus.

According to the report, the Russian military also provided the Syrian armed forces with information about the Israeli drone that was preparing to strike the southeastern suburbs of Damascus.

According to al-Masdar news agency, the drone was shot down over the Aqraba area near the Damascus countryside of Jaramana.

Israel's aggressive moves have been viewed by observers as an attempt to weaken the Damascus government as it increasingly gains the upper hand in its fight against terrorist groups which have plagued the country since 2011.

Russia has been targeting positions held by Western-sponsored terrorist groups inside Syria at the request of Damascus since September 2015.