Turkey to carry out operation in east of Euphrates

TEHRAN (defapress) – Turkish President Tayyip Erdogan said on Saturday that Turkey will carry out a military air and ground operation east of the Euphrates in Syria.
News ID: 78906 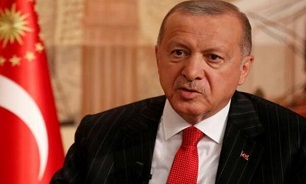 “We’ve made our preparations, we’ve made our operation plans, given the necessary instructions,” Reuters quoted Erdogan as saying.  Turkey would carry out air and ground actions and these could start “as soon as today or tomorrow”, he added.

In Early August, Erdogan had warned that his country’s troops would launch an offensive in an area controlled by US-backed Kurdish militants in northern Syria and that Ankara has already notified the United States and Russia of the operation.

Turkey has been in talks with the US over the establishment of a militant-free safe zone across its border in northern Syria.

Turkey suspects the US and allies are helping the Kurdish People's Protection Units (YPG) forces based in the east of the Euphrates river to establish a permanent foothold in the region. Ankara views the armed Kurds in northeastern Syria as an extension of the outlawed terrorist militants of the Kurdistan Workers’ Party (PKK).

Damascus has categorically rejected any deal between Turkey and the US on a buffer zone in northern Syria, describing it as a violation of its sovereignty.