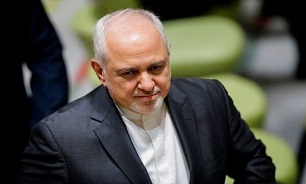 He made the remarks in an open session of the Parliament on Sunday, responding to an MPs’ criticism about foreign ministry’s unstable diplomacy with eastern and southeastern neighbors.

"Our relations with Pakistan and Afghanistan are strategic ones and ties with Afghanistan, Pakistan, Russia, Turkey, and even Qatar are currently at the best level in the history of the Islamic Republic," Zarif said.

Focusing on Pak ties of Iran, he explained that despite some challenges, which are due to the specific conditions of the region, Iran-Pakistan relations are warm.

Referring to Iran’s diplomacy with Afghanistan, he said: "Iran-Afghanistan relations are continued based on specific policies."

"We seek peace in Afghanistan via the cooperation of all afghan parties and are not a fan of securing peace int that country through holding talks with foreigners," the Iranian FM said.

"The Islamic Republic insists that all the Afghan parties must take part in the process of reaching peace in Afghanistan and that foreign countries must not negotiate with only one of the existing Afghan parties and eliminate the rest of them," he said.

"This is a dangerous approach," Zarif added.

He informed that Iran and Afghanistan have been successful to reach agreements in various sectors and the made accords will be implemented after elections in Afghanistan.

He, elsewhere, noted that US wants to use Syrian Kurds as infantry, while Iraqi and Syrian Kurds disagree with this policy.