‘Like A Secret’ screenplay finalist at Flickers' Rhode Island filmfest. in US

TEHRAN (defapress) – The screenplay for ‘Like A Secret’ written by Iranian screenwriter Saeed Zamanian, has made it into the list of finalists of the screenplay competition at the 37th Flickers' Rhode Island International Film Festival in the US.
News ID: 78944 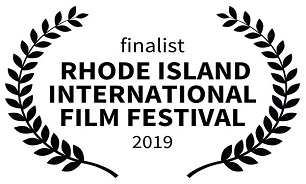 As many as 543 screenplays were considered for the final lineup. The winners will be announced on October 29.

The Best Screenplay Grand Prize winner will be brought to Providence to attend the 2020 ScriptBiz program, where their screenplay will be a central focus of the program, plus receive a private script consultation and an official award on RIIFF's Opening Night Celebration, according to the event’s website.

RIIFF has been selected as a qualifying festival for Best Short Subject through the Academy of Motion Picture Arts and Sciences. It is also a BAFTA-qualifying Festival in the Short Film Division.

‘Like A Secret’ had previously won the best short screenplay award of Florence Film Awards in Italy.