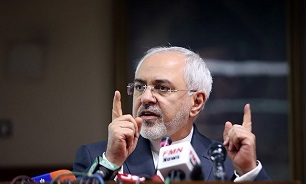 In an interview with ICANA on Tuesday, Zarif said he has investigated a report claiming that Tahnoun bin Zayed -the UAE’s national security adviser and the Emirati crown prince’s younger brother- has paid a secret visit to Tehran, adding, “Such a report is not true.”

His denial came after the Middle East Eye (MEE) quoted a senior security source as saying that bin Zayed has been in Tehran on a secret mission aiming to defuse the Persian Gulf crisis.

Elsewhere in his remarks, Zarif said Iran has gained information confirming that a recent attack on Iran’s ‘Sabiti’ oil tanker in the Red Sea was carried out by a state or a number of states.

“The attack on the Iranian oil tanker has been a complicated measure… and was a state-sponsored action,” Zarif said.

“The investigations are in progress, and we won’t accuse any government until we acquire hard facts about it,” he added.

On Sunday, Iranian President Hassan Rouhani said Tehran has found clues as to what happened recently to the Sabiti oil tanker off the coast of Saudi Arabia and has shared them with Pakistan.

“It is an absolute mistake for a country to think that it could create insecurity in the region without receiving a response,” Rouhani warned.