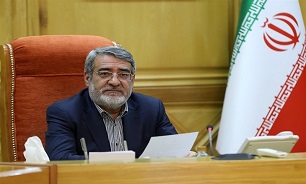 Speaking to reporters in Tehran on Monday evening, Rahmani Fazli pointed to a recent decision by the FATF on Iran and said, “We have a four-month (deadline), and the administration is pursuing the FATF issue.”

“The needed regulations have been passed in the administration and the issue should be followed up within the next four months, which requires the cooperation of the parliament, the Expediency Council, the Guardian Council, and the administration, to avoid any problems,” the minister added.

All (Iranian) officials care about the issue and no one wants the country to face a problem, Rahmani Fazli went on to say.

Earlier on Monday, Iranian Foreign Minister Mohammad Javad Zarif deplored the recent decision by the FATF to increase pressures on the Islamic Republic, describing it as a “politically-motivated” move.

“The Islamic Republic, with its domestic laws, pursues the fight against money laundering as a necessary reality and a domestic goal,” Zarif told reporters on the sidelines of a conference on unilateralism and international law in Tehran.

“The FATF’s decision is completely politically-motivated and we strongly disagree with it but for the sake of our own national interest, we have taken all the necessary steps to fight against the financing of terrorism and money laundering,” he added.

It also called for other countries to step up audit requirements for financial institutions that have branches or subsidiaries in Iran.

The FATF also extended until February a deadline for Iran to implement certain measures or face further restrictions. The earlier deadline was June 2019.

The international body warned that if Iran doesn’t meet its standards by February, it will put back in place further restrictions on the country that are currently suspended. Further restrictions could make it more costly and difficult for Iran to do business with the banking systems of other FATF member states, according to media reports.