TEHRAN (defapress) – US President Donald Trump's G7 and trade adviser, Kelly Ann Shaw, is leaving his administration for a position in the private sector, White House officials said on Tuesday, marking the departure of one of the most senior women on the president's economic team.
News ID: 79074 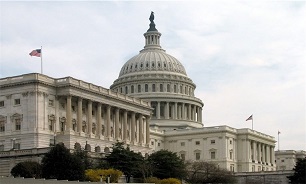 Shaw succeeded Clete Willems as deputy assistant to the president for international economic affairs and deputy director of the National Economic Council earlier this year.

She served as the US "sherpa" for the G7 and G20 and was part of the team advising the president during trade talks between the United States and China, which led Trump to announce the outlines of a "phase one" pact with Beijing on Oct. 11.

Shaw will leave her post on Friday. An administration official said she was going to the private sector, but did not specify where. Shaw declined to comment on her next move.

"It just felt like the right time to go for me," Shaw told Reuters, noting she had worked in the federal government for 10 years and only intended to stay for three. "I am ready for my next and new adventure."

Her departure comes as the National Security Council, for which she also worked, is being slimmed down. Trump's new national security adviser, Robert O'Brien, plans to reduce the size of the NSC by about a third in the coming months and limit its role in foreign policy. The international economics portfolio will be managed by NEC Director Larry Kudlow.

"Kelly Ann has had a distinguished legal and government career in trade policy and has played a key role in implementing the administration’s trade and economic agenda," Kudlow said in a statement. "She will be missed.”

Asked who would replace Shaw, the administration official said the White House did not have an announcement at this time.

The United States and China are trying to finalize the first phase of a trade agreement for Trump and Chinese President Xi Jinping to sign in November on the sidelines of the Asia-Pacific Economic Cooperation summit in Chile.

"We are working to see if we'll get there by Chile," Shaw said. "We'll let the negotiators do their work and see where we'll get to in a couple of weeks."

With her departure, Shaw will not be part of the official negotiating team that gets the two sides to a deal, if one is achieved.

"There's always going to feel like there's work left to be done," she said. "I've got very able colleagues who will take the reins from here."

The White House faces a slew of trade deadlines before the end of the year.

Shaw negotiated on behalf of the United States with foreign governments ahead of summits with world leaders. She was the only woman Sherpa in the G7 this year and one of two women Sherpa in the G20, she said.

Before her time in the White House, she worked as trade counsel for the US House of Representatives Committee on Ways and Means. She also worked as assistant general counsel in the Office of the US Trade Representative in Washington and Geneva.