The Whole System in US Worked to Make Butina Give In, Says Russian Diplomat

TEHRAN (defapress) - Russian diplomats provided both legal and moral support to Maria Butina at a time when the entire American system was aimed at forcing her to give in, Russian Foreign Ministry Spokeswoman Maria Zakharova said upon Butina’s arrival in Russia.
News ID: 79099 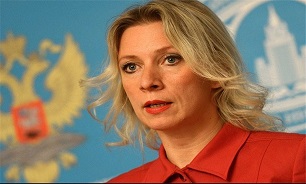 "The most important thing now is, as the Russian Embassy in Washington wrote last night ‘Took off!’ This word implies tremendous job by the Russian Foreign Ministry, its central office and, of course, our diplomats in the United States, who work under the conditions we are talking about," she said, TASS news agency reported.

"The specific results were important here. It was necessary to provide legal and moral support. The whole of the American system worked to ensure that a person breaks down," Zakharova noted.

The diplomat also thanked the journalists who covered the developments involving Butina, adding that Maria herself thanked the media for their support.

"We had an opportunity to talk briefly," Zakharova said. "She thanked her country, all citizens who supported her, you, and I can stress once again that without you, without your support, without your articles, reports, without the true desire to secure her release that would have been much more difficult. So, I would like to thank you all very much on behalf of myself.".