TEHRAN (defapress) – Lebanon's army on Saturday removed roadblocks set up by protesters in at least one critical juncture linking Beirut to the suburbs and the country's east amid anti-government protests.
News ID: 79103 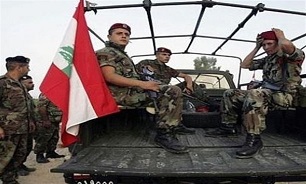 The protesters had set up several roadblocks around Beirut and on major roads to enforce their calls for the government to step down.

On Saturday, Lebanese soldiers removed chairs and tents set up in the middle of the intersection that links Beirut to the presidential palace, the mountain overlooking the city, the east and suburbs of Beirut, AP reported.

The protesters did not resist but one broke into tears, telling the local LBC television station that he was disappointed the army had to force them to remove the roadblocks.

The military had warned that blocking roads was in violation of the law. Other roadblocks have continued. In one location on the coastal highway to the south, the residents blocked the road as security forces attempted to remove a roadblock.

In central Beirut, two women and two men were manning a roadblock that separated the eastern and western sector of the Lebanese capital. They said they have been at the roadblock for 10 days and have no plan to dismantle it but added that they would not fight the army. They let through an ambulance and a motorcycle.

"This is an uprising of a people who have been suffering for the last 30 years and can no longer tolerate their lies, theft and hypocrisy," said 29-year-old Rima, who was manning the roadblock, referring to the government. "We are protesting. We are not vandalizing or violent."