Iranian President Condoles with Lebanon on Demise of Shiite Scholar 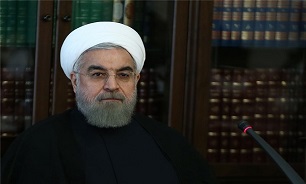 In a message released on Monday night, Rouhani described the passing away of the prominent Shiite cleric as saddening and grievous.

“The hardworking thinker and researcher on Quranic sciences… provided lasting services to the Shiite culture and nurtured outstanding students in seminaries of (Iran’s) Qom and Lebanon,” Rouhani said.

“I extend my condolences to his family, seminaries and noble people of Lebanon over the regretful loss of the thinker and researcher on Islamic culture and teachings,” he said.

Morteza-Ameli died at the age of 74 in a hospital in Beirut on Saturday. He was an expert in Islam and Shiite history and was among scholars of Qom and Lebanon seminaries.

He left Qom for his homeland in 1993 after a 25-year stay to continue his research and teachings in southern Lebanon.