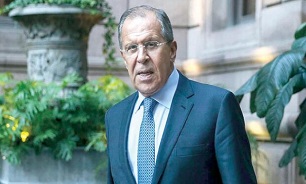 “Russia urges Iran to be committed to JCPOA but it understands the country's reasons for reducing its commitments,” he added.

The Russian minister named the US as the guilty party for putting barriers on the efforts done for resolving the issue with Iran about JCPOA implementation.

“Iran gets nothing in exchange for observing JCPOA,” Lavrov underlined.

Russian Ambassador to International Organizations in Vienna Mikhail Ulyanov wrote on his Twitter on Tuesday that "in order to save JCPOA, all participants should fulfill their commitments. The US, in its turn, should at least stop to interfere with illegal attempts to establish oil embargo."

“A solution which is easy to formulate but extremely difficult to implement,” he added.

He said the new developments around the Iranian nuclear program, which are aimed at pushing other parties to the deal to shoulder their responsibilities, are rather predictable.

“Further deviations of Iran from #JCPOA are quite predictable,” he said adding: “Tehran sticks to its declared decision to take another set of measures every two months.”

“Survivability of nuclear deal dictates the need for urgent efforts to restore the balance between its nuclear and economic parts,” he reiterated.

Iran is making final preparations for injecting gas into centrifuges at Fordow enrichment facility as part of a fourth step in suspending its commitments under the 2015 nuclear deal in reciprocation for Washington’s pullout and Europe’s failure to meet its end of the bargain.

The gas injection began early Wednesday with the transfer of a 2,800-kilogram cylinder containing 2,000 kilograms of UF6 (uranium hexafluoride) from Natanz nuclear facility to Fordow - near the city of Qom, where 1,044 centrifuges are installed.

The deal allowed the first-generation IR-1 centrifuges at Fordow to spin without uranium gas.

The process is taking place under the supervision of inspectors from the International Atomic Energy Agency (IAEA). The UN nuclear watchdog is tasked with monitoring the technical aspects in the implementation of JCPOA.