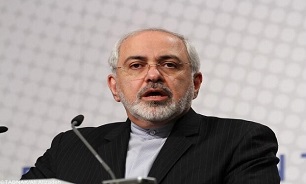 “To my EU/E3 Colleagues 1. ‘Fully upheld commitments under JCPOA.’ YOU? Really? Just show ONE that you've upheld in the last 18 months,” wrote FM Zarif in a tweet on Tuesday.

“2. Iran triggered – and exhausted – dispute resolution mechanism while you were procrastinating,” he added, referring to Iran’s decision to reduce commitments to the JCPOA following the US’ unilateral withdrawal from the agreement, and the European sides’ failure to safeguard Iran’s economic interests in the face of US sanctions.

“We're now using Paragraph 36 remedies,” added Zarif, referring the European sides to take another look at his letter dated back to Nov. 6, 2018, which outlined the issue.

The dispute resolution mechanism has been outlined in Paragraph 36 of the 2015 multilateral nuclear deal, the Joint Comprehensive Plan of Action (JCPOA). According to the pact, if Iran believes any of the members of the deal have failed to fulfill their commitments, Tehran is free to “cease performing its commitments under the JCPOA in whole or in part.”

Still, Tehran says all suspended measures will be resumed once other parties begin to live up to their own commitments.