TEHRAN (defapress) – An Iranian lawmaker, Hosseinali Haji Deligani, has warned against the adverse consequences of ratifying the FATF-related bills for the country.
News ID: 79331 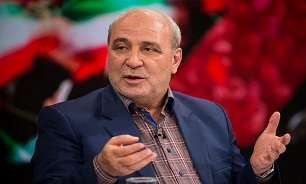 Speaking to Mehr correspondent on Saturday, MP Hosseinali Haji Deligani cautioned the government against ‘throwing the country into the pit of the FATF’, which could leak Iran’s trade information to the Western countries.

“The government must learn from the failed experience of the nuclear deal and not repeat it with FATF,” he said, adding “the JCPOA has had no benefits for the country and the other sides have failed to live up to any of their commitments.”

The Paris-based Financial Action Task Force (FATF), a global anti-money laundering body, has given Iran a final deadline of February 2020 to implement a set of four bill to meet the standards set by the watchdog.

On Wed., Gholamreza Mesbahi Moghadam, a member of the Expediency Council, the body in charge of deciding on FATF-related bills, said that one of the two remaining bills, namely the one on Iran’s accession to the United Nations Convention against Transnational Organized Crime, commonly known in Iran as ‘Palermo’, is no longer on the agenda of the Council.

He added that the deadline for reviewing the bill amending Iran’s Combating the Financing of Terrorism (CFT) law is not over yet.

“With Iran under the most severe sanctions, accession to such conventions is an act of self-imposing sanctions,” the EC member said, adding “When the US is seeking to restrict Iran’s financial relations, it is not in the country’s best interest to make its dealings transparent to institutions such as FATF.”