TEHRAN (defapress) – Many US allies have in the recent past purchased weapons from Russia, which is the second-largest arms exporter in the world.
News ID: 79352 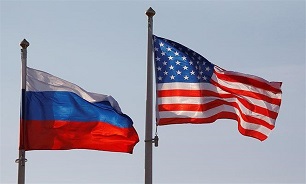 Russia has sold its weapons to 166 of the 190 UN-member countries, according to the Rosoboronexport, the only authorized exporter of Russian arms.

The principal buyers of Russian weapons are India, Vietnam, China and Bangladesh in Asia; Iraq in the Middle East; Algeria in Africa and Nicaragua in Latin America while a number of NATO countries and the US allies also have acquired Russian military products.

Currently, Russia has ties in the military and technical domain with France, Greece, Bulgaria and Slovakia, the members of NATO's Partnership for Peace program Finlandia, US allies South Korea, the United Arab Emirates (UAE), Kuwait, Jordan, and Saudi Arabia.

Russian-French military and technical cooperation is based on an intergovernmental agreement, signed in 1994, which lets the two countries coordinate efforts in aviation and space industry, small armaments, armored vehicles, artillery production and shipbuilding.

Currently, the Rosoboronexport considers the modernization of Soviet- and Russian-made equipment as "one of the promising directions" for the further development of Russian-Greek relations in the field of military-technical cooperation.

Russian cooperation with Bulgaria and Slovakia is dominated by the maintenance and modernization of military equipment. For instance, Moscow and Sofia signed a contract for Mi-family helicopters modernization and with Slovakia -- for upgrading MiG-29 fighter jets.

The peak of Russian-Finnish military cooperation was in 1991-1996, a significant number of weapons and military equipment was then delivered, including infantry fighting vehicles BMP-2, self-propelled artillery 2S5 "Hyacinth-C", three divisions of air defense systems "Buk-M1". 7.62 mm Kalashnikov machine guns are basic weapons in the Finnish army.

Russia and South Korea sealed a memorandum of understanding on military and technical cooperation in December 2007. This was preceded by 10 years of cooperation when Russia had been delivering to South Korea T-80 tanks, armored vehicles BMP-3 and Ka-32 helicopters.

Jordan was abundantly supplied with Russian weapons in the Soviet era, and the tradition continued in recent years. The two countries signed several contracts, the most significant of which is the development and production of RPG-32 "Nashshab" grenade launchers. Russia is also upgrading air defense systems, previously supplied to Jordan.

Military-technical cooperation with Kuwait developed dynamically during the 1970s and 1990s. Particularly large deliveries of arms and military equipment were carried out in 1994-1997.

Contacts on the arms deliveries with the UAE started in the 1990s. Under the contracts signed in 1994-1995, the country received a significant number of BMP-3 armored vehicles. In August 2000, the UAE Ordered from Russia a surface-to-air and anti-tank missile system "Pantsir-1".

In November 2006, Russia and the UAE signed the agreement on military and technical cooperation, which created a legal framework for relations between the two states in this area.

Russia's $3.5 billion deal with Saudi Arabia in 2017 on arms and equipment delivery was assessed by military experts as a success of the Russian defense industry.

"In the late 1990s, there was a contract on the S-300 air defense systems delivery. First, the US bought some elements of the S-300 from Belarus, they were interested in the control center, radars and targeting systems. Apparently, they were not satisfied as an official contract on the S-300 delivery followed, signed with the mediation of a Canadian company," the expert said.

According to Felgengauer, the contact ended up with a scandal, as the US paid only for the elements they wanted to study, and refused to pay for the other parts, although they had been produced.

"The factory had huge problems, because they got only $30 million of $500 million, and they could not pay the wages to their workers, they could not settle accounts with the contractors. And all this was widely covered by the media," Felgengauer said.

The expert added that Russia also bought US weapons in third countries to examine them, but then all the major arms exporters started to fight this practice, not allowing to sell complicated systems in units and relying on bulk purchasing.

Commenting on the geography of Russia's arms export, Alexey Leonkov, editor-in-chief of Home Arsenal, a military magazine, said that it is becoming more business than political-oriented.

He pointed out that the cooperation with countries from the "socialist camp" currently comes down to maintenance, while bigger contracts are signed with new countries, with which there were no ties before.

"By and by, India remains the principal importer of the Russian arms, the share of the NATO countries is insignificant. The level of Russian-Indian cooperation can be illustrated by the fact that Russia supplies the arms in construction sets, which are assembled in India. It witnesses a high level of trust, which can be explained only by long-term successful cooperation," he said.