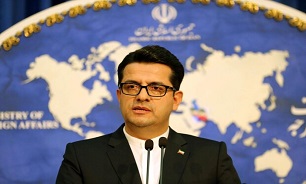 In a Wednesday statement, Mousavi offered sympathy to the Albanian nation and government and those struck by the tragic disaster.

Albania was rocked by its strongest earthquake in decades, according to authorities, though many expect the number to increase, euronews reported.

The magnitude-6.4 earthquake, which was the strongest of several quakes to hit the country's western region on Tuesday morning, left a number of people trapped beneath the rubble of collapsed buildings.

Albanian Prime Minister Edi Rama visited rescue sites after the earthquake which was followed by 250 aftershocks. The government declared November 27 a day of national mourning and schools will be suspended.