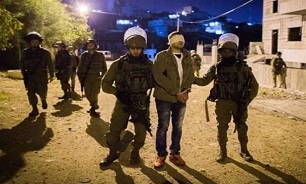 The ministry identified the man as Badawi Masalmeh, adding that Israeli soldiers took his body after he died on Saturday, Al Jazeera reported.

The Israeli army said its forces spotted three people hurling firebombs at Israeli vehicles on a nearby route and fired at them.

The two others were arrested at the scene, near the entrance of an illegal Jewish settlement on the outskirts of Hebron (al-Khalil).

According to local media reports, medics were barred from the scene of the incident, near the Palestinian town of Beit Awwa, around 22 kilometers west of Hebron.