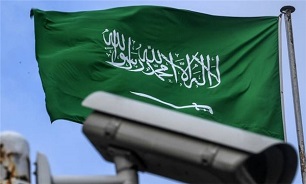 The Nabaa television news network, citing social media activists, reported that the Riyadh-based tribunal passed the verdicts against Mahmoud Issa al-Qallaf, a resident of Ash Shweikah neighborhood in Qatif region, and four others from the town of al-Awamiyah, who were identified as Mohammad Ali al-Aqili, Ahmed Mohammad Abu Abdullah and his brother Amir, and Musa Jaafar al-Samkhan.

The quintet can appeal the court decision.

On September 12, the rights group Prisoners of Conscience, which is an independent non-governmental organization advocating human rights in Saudi Arabia, announced in a post on its official Twitter page that the Specialized Criminal Court had sentenced Shia cleric and human rights activist Sheikh Mohammad al-Habib to 12 years in prison and imposed a travel ban on him.

Sheikh Habib had been recently released after three years of arbitrary detention.

On July 29, the same Saudi court sentenced an anti-regime activist from Eastern province to death.

The Nabaa television news network reported at the time that the Riyadh-based tribunal found Ali Al Rabie guilty in a “sham hearing” that fell short of international fair trial standards.

Saudi authorities had also executed two of Ali’s brothers, Ahmad and Hossein, on April 23 over their political activism.

Eastern province has been the scene of peaceful demonstrations since February 2011. Protesters have been demanding reforms, freedom of expression, the release of political prisoners, and an end to economic and religious discrimination against the oil-rich region. The protests have been met with a heavy-handed crackdown by the regime, with regime forces increasing security measures across the province.

Back in mid-July, informed sources, requesting anonymity, said that a young Saudi man had died more than a week after being injured by regime forces when they raided a district in the province.

Over the past years, Riyadh has redefined its anti-terrorism laws to target activism.

In January 2016, Saudi authorities executed Shia cleric Sheikh Nimr Baqir al-Nimr, who was an outspoken critic of the Riyadh regime. Nimr had been arrested in Qatif, Eastern province, in 2012.