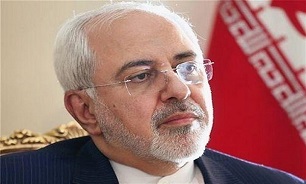 In comments on the sidelines of a weekly cabinet session on Wednesday, Zarif said a Swedish company has halted the sale of EB medicines to Iran under the pressure of the US sanctions against Tehran.

The Iranian minister noted that not every country produces the pharmaceutical products for the EB kids and a few companies in the world do that.

“We do not expect that a pharmaceutical company of a country claiming to be supporting the JCPOA refrain from selling rare medicine to Iran,” Zarif deplored.

He welcomed the “positive move” by Belgium, Denmark, Finland, the Netherlands, Norway, and Sweden to join the Instrument in Support of Trade Exchanges (INSTEX), but also criticized Stockholm for yielding to Washington’s bullying policies by halting the sale of EB medicine to Iran.

“That you want to join INSTEX is very good but as the Americans themselves claim that medical and humanitarian products are not under sanctions, you (are expected) to not impose (bans on them),” he added, Press TV reported.

Iranian President Hassan Rouhani has on various occasions denounced the US sanctions against people of Iran as a crime against humanity.

“What the United States is doing today is not war and sanction, but crime against humanity because they are stopping our medicine and foodstuff purchases and preventing patients' travel,” Rouhani said in a speech in May.