Iran Says Ready to Exchange More Prisoners with US 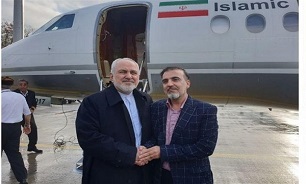 “After getting our hostage back this week, fully ready for comprehensive prisoner exchange,” Zarif tweeted on Monday.

The tweet came after prominent Iranian stem cell scientist professor Masoud Soleimani released on Saturday after over one year being in jail in the US as part of a prisoner swap deal between Tehran and Washington.

He added, “The ball is in the US’ court. Today, back to regional diplomacy in Istanbul, at the Ministerial Heart of Asia mtg, joining forces for peace & development in Afghanistan”.

On October 25, 2018, an airplane carrying Soleimani heading to the United States on a research mission touched down at a Chicago airport. The 49-year-old Iranian professor and biomedical researcher at Tehran's Tarbiat Modares University, who was traveling to the US with a visa issued upon an invitation by a US research center, was detained by the FBI upon arrival. The Mayo Clinic in Minnesota had invited Soleimani to lead a research program on the treatment of stroke patients.

Xiyue Wang, a Chinese-American graduate student, was arrested in Iran three years ago for spying on the country while doing doctoral research. He later was sentenced to 10 years.

In April, Zarif publicly expressed Tehran’s preparedness for a prisoner swap with the US.

He called on Washington to swap all Iranians jailed in the US and on extradition requests from the US, mostly for alleged violations of US export restrictions and sanctions violations, with those imprisoned in Iran.