US behind ISIL terrorists' transfer to Afghanistan

TEHRAN (defapress) – Secretary of the Security Council of Russia blamed the United States for instability and insecurity in Afghanistan and also for the presence of ISIL terrorists in the war-torn country.
News ID: 79612 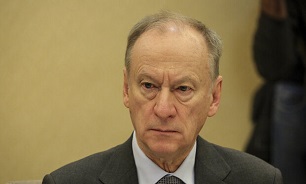 There is ample evidence showing that the United States is behind the transfer of ISIL terrorists to Afghanistan, Nikolai Patrushev told the second session of Regional Security Dialogue on Afghanistan underway in Tehran.

According to the latest estimates, between 2500 to 4000 ISIL forces are now present in Afghanistan, he added.

He went on to say that terrorists in Afghanistan annually earn some $600 million through producing and selling illegal drugs and this is among their main sources of revenue.

After some 18 years from US presence in Afghanistan, instability, and insecurity have increased in the country and innocent civilians are still being killed, Patrushev said.

The United States has no plan for pulling its forces out of Afghanistan and it seems that differences among Americans leaders have created confusion on this issue, he added.

The Regional Security Dialogue kicked off in Tehran on Wednesday, with a focus on Afghanistan and a comprehensive fight against various forms of terrorism in that country.

The national security advisers and secretaries of Russia, China, India, Afghanistan, Tajikistan, and Uzbekistan are taking part in the session.