E3’s claim of triggering dispute mechanism has no legal basis

TEHRAN (defapress) – Iranian President's Chief of Staff Mahmoud Vaezi said the E3’s claim of triggering the JCPOA’s “dispute resolution mechanism” has no legal basis, adding that the European sides are looking for a way to come to an understanding with Iran.
News ID: 79682 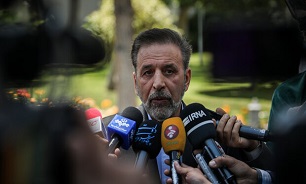 Speaking to reporters on the sidelines of a cabinet meeting on Wednesday, Mahmoud Vaezi said “Iranian and foreign experts have all confirmed that the measures Iran has taken in the four steps of its reduction in commitments to the JCPOA did not run counter to any international conventions.”

“The Europeans’ claim has no legal basis. It seems that they are trying to find an answer to satisfy their own country’s public in the face of Iran’s reductions to its JCPOA commitments,” he added.

“That they raise the possibly of triggering the dispute mechanism, it will not happen. Rather, they are after holding negotiations with Iran so that they could reach an understanding through other ways,” he said.

According to a recent report by Reuters, the three European parties to the nuclear deal said they were likely to trigger a dispute resolution process in January but would stop short of rushing to restore UN sanctions on Iran that would kill off the accord.

Six European and Western diplomats said Britain, France and Germany had agreed in principle to begin the process but they would still wait to see how significant Iran's steps were before taking a final decision, according to the report.

The measure is also known as the trigger mechanism and its activation can lead to the return of the UN sanctions against Iran.

Diplomats said the Europeans would focus on extending the process rather than pushing towards sanctions unless Iran's upcoming steps crossed an unacceptable threshold.

Iran’s reduction to its commitments comes in response to the US’ withdrawal from the agreement and the E3’s failure to fulfill their obligations under the JCPOA and to salvage it.