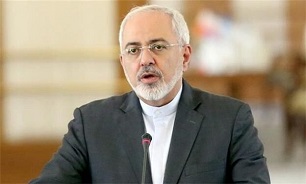 “My colleagues in the foreign ministry—and in embassies, missions and consulates worldwide—share the nation’s grief in the aftermath of the tragedy and stand ready to offer any needed assistance to the families of the victims,” Zarif wrote on his Twitter account.

Last Wednesday, a Boeing 737 passenger plane of the Ukrainian airlines crashed near Tehran minutes after it took off from Imam Khomeini International Airport.

All the 167 passengers and nine crew members were killed in the crash.

Earlier on Saturday, the General Staff of the Iranian Armed Forces said in a statement that Ukrainian Boeing 737 Plane has been shot down as a hostile object due to human error at a time of heightened US threats of war.