TEHRAN (defapress) – The United States’ Indo-Pacific strategy is destructive as it is geared to divide the countries of that region into "interest groups," Russian Foreign Minister Sergey Lavrov said.
News ID: 79896 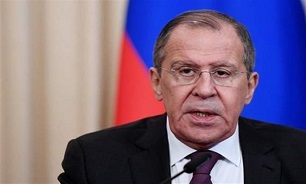 In an interview with Sri Lanka’s The Daily News newspaper, he stressed that the Indian Ocean should not be "a cockpit of rivalry but an area of cooperation between costal and island nations jointly creating the conditions for sustainable social and economic development" within various regional entities.

"This would also benefit Russia, given that the Indian Ocean region partly covers the territory of the Shanghai Cooperation Organization (SCO). For example, Sri Lanka is a SCO dialogue partner," he said, Tass reported.

"Unfortunately, we have recently been witnessing persistent attempts of extra-regional powers to reshape the established order to serve their narrow interests. The concept of a "free and open Indo-Pacific region" promoted by the United States has not a unifying but a destructive potential," Lavrov said. "Its true objective is to divide the regional states into "interest groups", weakening the newly-established regional system of inter-state relations to assert dominance."

According to the Russian top diplomat, any new ideas concerning the region’s strategic development should help establish a common space of cooperation. "The regional architecture should be built in a concerted effort based on the principles of indivisible security, rule of international law, non-interference in the internal affairs, peaceful settlement of disputes and non-use of force or the threat of force," he added.

The US administration’s "Free and Open Indo-Pacific" is seen by experts as an instrument to contain China and curtail its influences in that region.