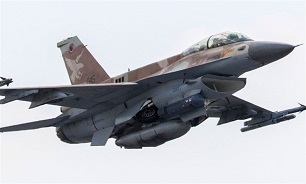 Civilian homes were damaged as F-16 fighter jets targeted at least two positions in the Palestinian territory, while an Israeli drone bombed a location to the north-west of Gaza City, Morning Star reported.

Israel claimed it was responding to rockets fired from Gaza, the standard justification given by its military for such bombing missions.

The Israeli navy also opened fire on a number of Palestinian fishermen and their boats off the shore of the al-Sudaniya area, north-west of Gaza City.

Another airstrike was confirmed to have hit a position in the northern town of Jabalia, although no casualties were reported.

A ceasefire had been brokered by Egypt and the United Nations last November after conflict flared between Israel and Palestinian resistance groups.

Two million Palestinians living in Gaza have been subjected to a 12-year blockade, with much of its infrastructure destroyed by Israeli attacks.