TEHRAN (defapress) – Iranian Foreign Minister Mohammad Javad Zarif said in an interview that the man who mistakenly shot down a Ukrainian passenger plane outside Tehran on Jan. 8 is now in prison.
News ID: 79995 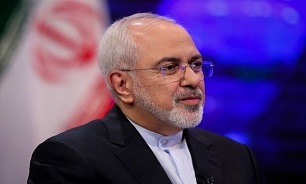 The following are some parts from the interview:

DER SPIEGEL: Mr. Zarif, Iran and the United States have been enemies for the past 40 years and you have held senior posts in Iranian foreign policy for at least 20 of them. Has there ever been a situation as dangerous as the one we are currently facing?

Zarif: First of all, I have to correct you. I have been in important posts for 30 years. And it has always been difficult. We were at the brink of war several times in the past 40 years. This time, it is particularly grave because the U.S. government undertook a terrorist operation against an official of the Iranian government. That has never happened before.

Zarif: The attack was based on a misperception. The U.S. believed that by assassinating General Qassem Soleimani, it would improve its position in the region. Secretary of State Mike Pompeo tweeted that people were dancing in the streets of Iraq. But there were huge funeral processions. It has created a very difficult moment in this region. The United States will certainly not benefit from this.

DER SPIEGEL: The Iranian leadership has sworn that it would take revenge for Soleimani’s killing. There has already been a missile strike against a base in Iraq used by the U.S. military. Is there any reason to fear that you will do even more?

Zarif: The strike against the military base in Iraq, from which the U.S. conducted its operation, was Iran's formal military response. There was no intention of causing any casualties with the missile attack – we were executing our right to self-defense in a proportionate manner. But the real response will come from the people of the region, who are showing that they are absolutely disgusted with the U.S. behavior. The Americans will see that Soleimani as a martyr will be much more effective than a General Soleimani.

DER SPIEGEL: Is it possible that hardliners in the U.S. might view the mild reaction from Iran as a sign of weakness?

Zarif: The damage we have done to the U.S. is extensive, because with all its military might, it could not prevent the missiles from hitting its base. It shows how vulnerable the U.S. is. But the Americans have inflicted the real damage themselves through the hatred the U.S. created in the people of the region. Soleimani’s murder is the beginning of the end of the U.S. presence – certainly in Iraq, but elsewhere in the region, too. It may not be tomorrow, but we have millennia of history, so we are not in a hurry.

DER SPIEGEL: At the height of the tensions, you communicated with Washington through Switzerland, which represents U.S. interests in Iran. What was it about?

Zarif: The communication was initiated by the U.S. in a very improper form.

DER SPIEGEL: Can you explain?

Zarif: Secretary of State Pompeo is not a very good diplomat. His message was provocative, insulting and threatening to us. I would not read it as de-escalation at all. We sent a very proper response through the Swiss after our counterstrike, without engaging in any sloganeering and chest-thumping. We told them that the action has ended and that we will not take any more action if they don’t take any more action – and that we are not responsible for the actions of others.

DER SPIEGEL: What does Soleimani’s death mean for Iran and its policies in the region?

Zarif: General Soleimani was extremely important. His death is an irreparable loss for Iran and for me personally. I’ve lost a good friend. But this will not have an impact on Iranian policy in the region.

The U.S., Europe and the entire international community are indebted to General Soleimani for the victory over Islamic State. The realities in the region are incomprehensible to the United States. They always talk about proxies, but Iran doesn’t have any proxies. Proxies don’t bring millions out into the streets to mourn the death of a general.

The Interview then turned to the ‘unintentional’ downing of a Ukrainian passenger plane by IRGC outside Tehran on January 8.

Asked why it took the Iranian government three days to announce the plane was shot down, Zarif said:

This was a complicated situation in a complicated time. Others needed much more time. Almost 32 years ago, the U.S. shot down an Iranian passenger plane. As of today, they still haven’t issued an official apology. The American officer who was responsible for shooting it down even received a medal. Meanwhile, the Iranian man who shot down the Ukrainian plane is now in prison.

DER SPIEGEL: When did you personally learn of the mistake?

Zarif: On Friday afternoon, more than two days after it happened. That was the point at which the higher ups in the military reached the final conclusion that this was done by somebody by mistake. As soon as it was reported to the revolutionary leader, he demanded that the public be informed. That happened on Saturday morning. They were very painful weeks.

DER SPIEGEL: Will there be an international investigation?

Zarif: We have invited the Ukrainians, the owner of the plane, and Boeing to participate. We are open to the participation of others. We are carrying out a proper investigation based on international requirements.

I recognize peoples’ anger and frustration, their mourning for the victims. The students who died deserve great attention and I’m not trying to belittle the legitimate concerns of the mourners. But if you want to consider this as a barometer of opposition to the government, then you have to balance it properly against the funeral processions for Soleimani. We should not disregard the voices of discontent, the voices of opposition, the voices of those whose lives have been ruined by U.S. economic terrorism. There are, however, other people who go out into the streets to show respect and admiration for a man who fought terrorism and defended his country. We are not a monolithic country. We have different voices. And the people have a right to demonstrate and to express their protest.

There is discontent in Iran, but my concern as foreign minister is that the international community has misperceptions about it. I warn the West against misperceptions that give rise to misguided policies. President Trump believed that by applying sanctions to Iran, the government would crumble within a few months. He’s been pursuing his policy of “maximum pressure” for two years now, but he still hasn’t reached his objective.

The interview then turned to the topic of Iran nuclear deal, officially known as the JCPOA.

Asked about Zarif’s opinion on the European Union’s move to activate the trigger mechanism in the deal that could lead to the return of UN sanctions on Iran, Zarif said:

Unfortunately, the Europeans don’t view Iran as a partner. We triggered the dispute resolution back in 2018. As a result of that process, the Europeans, Russia, China and Iran issued a statement in June 2018. Among other things, it was stated that it is essential that Iran benefit economically from the nuclear agreement (the Joint Comprehensive Plan of Action, JCPOA). But the Europeans didn’t do anything. They have not fulfilled their obligations. The Europeans have to come down from their high horse.

We are not violating the agreement; we are acting in accordance with JCPOA. Let me make it very clear to the Europeans: If they want to implement their obligations, we will be prepared to go back to full compliance immediately. But implementing their obligations is not just about making announcements that they are committed to JCPOA. I could also make the same announcement: We are committed to the agreement, we love the agreement, we want it to stay alive forever. Words are cheap. Europe should show us one single action. But what have they done?

DER SPIEGEL: They established the Instrument Support of Trade Exchanges (INSTEX), a special purpose vehicle to enable companies to do business with Iran despite the U.S. sanctions.

Zarif: INSTEX is basically an accounting company. More than a year and a half after the U.S. withdrawal from the JCPOA, the Europeans haven’t succeeded in carrying out a single transaction.

DER SPIEGEL: If Iran fails to reach an agreement with the Europeans within 30 days, the matter will go to the UN Security Council and UN sanctions will be imposed against Iran again. That would spell the end of the agreement.

Zarif: The Europeans have no legitimate grounds for resorting to this mechanism. They can’t just refer something to the Security Council because they are Europeans and they have blue eyes. And it’s not only us who think this, but also the Russians and the Chinese. The Europeans will be up against a major battle.

DER SPIEGEL: What do you expect from the EU?

Zarif: It’s a disaster for Europe to be so subservient to the U.S. Anybody who accepts unilateralism is helping it. The Europeans call us and say: We’re sorry, we cannot do anything. The Europeans can’t buckle to Trump and then try to act like the strong man against Iran.

DER SPIEGEL: How would Iran react to the reinstatement of UN sanctions?

Zarif: President Hassan Rohani clarified the actions we will take in a letter to the treaty partners.

DER SPIEGEL: Could you explain for our readers?

Zarif: Your readers should know that the Europeans will be responsible for all the consequences.

DER SPIEGEL: Iran has threatened to withdraw from the Nuclear Non-Proliferation Treaty (NPT) if that happens.

Zarif: It’s mentioned in the letter.

DER SPIEGEL: Does that mean that Iran would head in the direction of building a bomb?

Zarif: No. Our decision not to build a bomb does not derive from NPT. It derives from our own moral and strategic convictions.

DER SPIEGEL: Did the killing of Soleimani change these strategic considerations?

Zarif: No. Moral convictions do not hinge on the illegal behavior of others. … the revolutionary leader has issued a fatwa prohibiting weapons of mass destruction.

DER SPIEGEL: Do you rule out the possibility of negotiations with the U.S. following Soleimani’s murder?

Zarif: No, I never rule out the possibility that people will change their approach and recognize the realities. For us, it doesn’t matter who is sitting in the White House. What matters is how they behave. The Trump administration can correct its past, lift the sanctions and come back to the negotiating table. We’re still at the negotiating table. They’re the ones who left. The U.S. has inflicted great harm on the Iranian people. The day will come when they will have to compensate for that. We have a lot of patience.