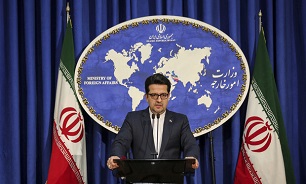 In a Wednesday statement, Mousavi offered sympathy to the Turkish nation and government and those struck by the tragic disaster.

According to the European Mediterranean Seismological Centre (EMSC), the tremors reached a 6.8 magnitude near the town of Sivrice on Friday. The centre added that the quake may have been felt by around 120 million people in the region.

The death toll from the intense earthquake that hit Turkey has climbed to 21, with over 1,000 wounded, Anadolu reported on Saturday, citing emergency services.

The Turkish authorities dispatched up to 500 rescue teams to the site of the events, while mobile operators announced that their services would be free in the provinces of Elazig and Malatya, hit by the disaster.

President Erdogan stated that the government is doing everything possible to rescue the victims. Earthquakes under 6.0 magnitude are typical for the country, which is located in a seismically active zone.