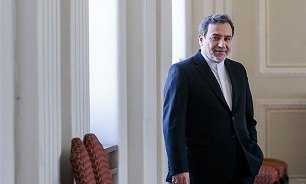 “Dr. Salehi is a prominent political figure and Iran's outstanding nuclear scientist, and our country’s nuclear science, under his leadership, is reaching the highest scientific and practical levels today,” Araqchi said in a post on social media on Friday.

“The sanctions on Dr. Salehi only proves the US’ anger and desperation from the dead-end policy of maximum pressure,” the deputy foreign minister added.

The Trump administration on Thursday imposed new sanctions on the Atomic Energy Organization of Iran (AEOI) and its head, Salehi.

In May 2018, US President Donald Trump pulled his country out of the 2015 nuclear deal known as the Joint Comprehensive Plan of Action (JCPOA).

Iran and the remaining parties launched talks to save the JCPOA after the US withdrawal, but the three EU parties to the deal have failed to ensure Iran’s economic interests.