TEHRAN (defapress) – Iranian Foreign Ministry Spokesman Seyed Abbas Mousavi said a Swiss humanitarian channel recently launched for exporting food and medicine to Iran proves that the products have been sanctioned by the US.
News ID: 80124 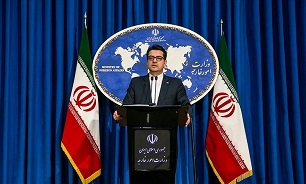 “With the launch of the so-called humanitarian channel for the supply of pharmaceuticals, they have officially confirmed that the claim is empty and in violation of the International Criminal Court ruling and that medicine and food are sanctioned while it should not be,” the spokesman added.

The humanitarian channel to bring food and medicine to Iran has started trial operations, the Swiss and US governments said on Thursday.