TEHRAN (defapress) – The UN Security Council endorsed a 55-point road map for ending the war in Libya and condemned the recent increase in violence in the oil-rich North African country.
News ID: 80205 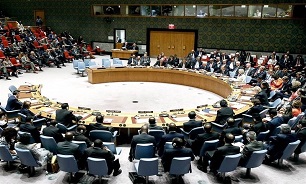 The vote on the British-drafted resolution was 14-0, with Russia abstaining even though Russian President Vladimir Putin was one of the 12 leaders who agreed to the plan at a conference in Berlin on Jan. 19, AP reported.

Russian Ambassador Vassily Nebenzia said he abstained because the government has “serious doubts” about whether the resolution can be implemented and end the war between rival governments “in the way we'd like to see it." He said the Berlin plan “has one defect ... and that is a lack of clearly expressed consent from the Libyan sides themselves.”

“Events will show us who was right,” Nebenzia said. “And if the resolution will have a positive impact in resolving the conflict, I will be the first to acknowledge I was wrong."

British Ambassador Karen Pierce countered that “the resolution is viable,” saying all it does “is give concrete expression to the commitments that leaders adopted at Berlin — and that included adoption by President Putin.”

“We all want to see it implemented,” she said. “But it will be up to the parties on the ground and their foreign backers as to whether or not it gets implemented. So to the Russians and the others who have very close interests in Libya, I would think the remedy is in their hands.”

Since 2014, Libya has been divided between two rival camps. One is the Tripoli-based government of Prime Minister Fayez al-Sarraj, and the other is based in the eastern city of Tobruk and supported militarily by rebel forces under the command of Khalifa Haftar.

A weak UN-recognized administration that holds the capital of Tripoli and parts of the country's west is backed by Turkey, which recently sent thousands of soldiers to Libya, and to a lesser degree Qatar and Italy as well as local militias.

On the other side is a rival government in the east that supports Haftar, whose forces launched an offensive to capture the capital last April and are backed by the United Arab Emirates and Egypt as well as France and Russia.

Acting US deputy ambassador Cherith Norman Chalet told the council after the vote on Wednesday that it’s “very unfortunate that foreign mercenaries, including from the Kremlin-linked Wagner Group, are making an inclusive political solution harder to achieve” and making it harder for the two sides to get together.

The resolution demands that all countries refrain from interfering in Libya's conflict and its internal affairs and observe a UN arms embargo, “including by ceasing all support for and withdrawing all armed mercenary personnel.” Russia sought unsuccessfully to change references to growing involvement of mercenaries in the initial draft to “foreign terrorist fighters.”

UN Secretary-General Antonio Guterres said last week that the Berlin agreement has been repeatedly violated by continuing arms deliveries to the warring parties and escalating fighting. He called the current offensives by rival forces “a scandal,” saying the commitments “apparently were made without a true intention of respecting them.”

The resolution welcomes last week’s cease-fire talks between Libya’s warring sides in Geneva and calls for their continuation “without further delay in order to agree a permanent cease-fire.”

It asks Guterres to submit his views on conditions for a cease-fire and proposals for effective monitoring of a truce, with a view to making detailed recommendations when a cease-fire is announced. The African Union, European Union and Arab League have been mentioned as possible participants in cease-fire monitoring along with the UN.