TEHRAN (defapress) – Iran’s Chief of Staff Major General Mohammad Bagheri said that the massive participation of the people in the upcoming parliamentary election will challenge the US terrorist regime.
News ID: 80265 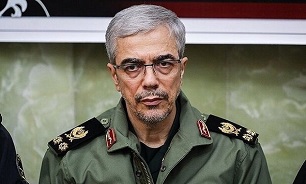 In a statement released on Wednesday, General Bagheri called for the maximum participation of the people in the upcoming parliamentary election, emphasizing their presence will challenge the US terrorist regime.

He also expressed hope that the Iranian people will show their true support to the establishment and let down the enemies of the country.