TEHRAN (defapress) – US President Donald Trump is ready to meet with Russian President Vladimir Putin as well as with the leaders of China, Britain and France to discuss the issue of arms control.
News ID: 80368 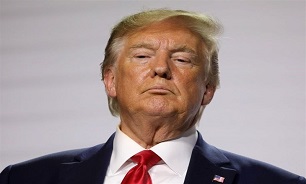 "The United States will use this opportunity to bring both Russia and China into the international arms control framework and head off a costly arms race," Reuters reported on Saturday citing a high-ranking official in the US administration.

The source, who spoke with Reuters on condition of anonymity, also said that "The president has made clear that he is ready to meet with any world leader at any time to advance US national security interests."

"The United States will work with the other P5 countries to develop and organize such a meeting," the official from the US administration said.

The White House has not yet responded to a request from TASS to comment on this information.

Addressing the World Holocaust Forum on January 23, Russian President Vladimir Putin suggested to convene in 2020 a summit of leaders from Russia, the United Kingdom, France, China and the United States, which are five permanent members of the UN Security Council.

The Treaty between the United States of America and the Russian Federation on Measures for the Further Reduction and Limitation of Strategic Offensive Arms (the New START Treaty) was signed in 2010 and it entered into force on February 5, 2011.

The New START Treaty obliges the parties to exchange information on the number of warheads and carriers twice a year.

The New START Treaty will remain in force during 10 years until 2021, unless superseded by a subsequent agreement. It may be extended for a period of no more than five years (i.e. until 2026) upon the parties’ mutual consent.

Moscow has numerously called on Washington not to delay the issue of the Treaty’s possible extension.