Atlanta Lab for Coronavirus Test Kits Feared to Be Contaminated

TEHRAN (defapress) – A top US federal scientist sounded the alarm about what he feared was contamination in an Atlanta lab where the government made test kits for the coronavirus, according to sources familiar with the situation in Atlanta.
News ID: 80384 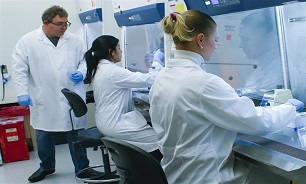 Already, the Centers for Disease Control and Prevention’s handling of Covid-19 novel coronavirus tests has been a major concern of the Trump administration’s mishandling of the public health crisis. In addition to the distribution of faulty testing kits to state and local officials, a woefully low number of tests have been administered — 3,600 compared to over 65,000 in South Korea — and often with delays. According to Axios, the situation may not improve as quickly as the outbreak is growing: The Trump administration has reportedly ordered an independent investigation of a CDC lab where test kits are assembled, after a scientist with the Food and Drug Administration warned that the lab may be contaminated, NYMAG reported.

Though sources who spoke to Axios did not say what the contaminants may have been, the manufacturing of the test kits has been moved to another location. The government maintains that test kits already distributed are still accurate, and it’s currently unclear if the potential contamination caused the delay.

The FDA official, Timothy Stenzel, is the director of the Office of In Vitro Diagnostics and Radiological Health. According to Axios, Stenzel was sent to Atlanta close to a week ago to help address any technical problems involved in the delay. The diagnostics expert was then concerned by what he found:

Stenzel was alarmed by the procedures he witnessed in the Atlanta laboratory and raised concerns with multiple CDC officials, per a source familiar with the situation in Atlanta … On Thursday afternoon, the concerns about the Atlanta laboratory were raised in a conference call that included senior government officials from multiple agencies including the Department of Health and Human Services, the Food and Drug Administration, the Centers for Disease Control and Prevention, and the National Institutes of Health.

Up until this weekend, testing for coronavirus has been woefully insufficient. Prior to the administration’s decision on Saturday to expand state and local authorities abilities to conduct the test, samples for all cases had to be sent back to the CDC lab in Atlanta, creating additional delays. The CDC’s stringent testing protocol — updated on Thursday — also limited testing to people who traveled to China within 14 days of having symptoms, or to those who had contact with known cases. Doctors at the UC Davis Medical Center where the first “unknown origin” case of coronavirus is being treated assert that the tests for the case were delayed for almost a week because the patient did not fit the test’s guidelines.

The FDA corrected the course slightly on Saturday, announcing that public health labs can create their own diagnostic tests; their capacity could be as high as 10,000 tests a day by the end of this week. But much of the disorder could have been avoided in the first place: Though the World Health Organization offered to send the US testing kits in use in 57 other countries, the CDC chose to go it alone, creating its own tests.