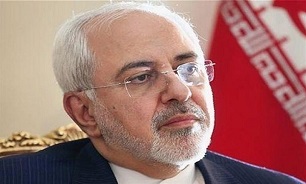 “@realDonaldTrump is maliciously tightening US' illegal sanctions with aim of draining Iran's resources needed in the fight against #COVID19—while our citizens are dying from it,” Zarif said on his Twitter account on Saturday.

“The world can no longer be silent as US #EconomicTerrorism is supplanted by its #MedicalTerrorism,” he added.

The remarks came as Iran’s administration on Thursday extended the closure of all schools and universities nationwide until the end of the current Iranian year (March 19) as the country is struggling with the outbreak of the novel coronavirus.

Iran’s Health Ministry announced on Saturday that the number of people who have died from the coronavirus in the country has risen to 145 and the total number of confirmed cases to 5,823.

At least 1,669 people have recovered from the disease in the country so far.