US offering Patriot missiles if S-400 not operated

TEHRAN (defapress) – Turkish President Tayyip Erdogan says the United States has offered to sell Turkey its Patriot missile defense system if Ankara promises not to operate a rival Russian system, in what he called a significant softening in Washington’s position.
News ID: 80469 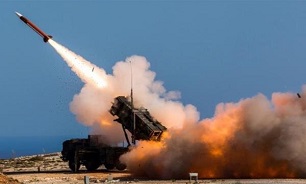 Reuters quoted two anonymous sources as saying that Turkey was evaluating the US offer but that Ankara had not changed its plans for the Russian S-400 systems, which it has said it will start to activate next month.

In Washington, the Pentagon said that US Defense Secretary Mark Esper had not changed his position on the issue, which was: “Turkey is not going to receive a Patriot battery unless it returns the S-400.”

NATO allies Turkey and the United States have been at odds over Ankara’s purchase last year of the S-400s, which Washington says are incompatible with the alliance’s defense systems.

After heavy fighting in northwestern Syria’s Idlib region this year, Turkey asked Washington to deploy Patriots along its border with Syria for protection but the United States said Turkey cannot have both the S-400s and the Patriots.

Speaking to reporters on his return flight from Brussels, Erdogan said Ankara had told Washington to deploy Patriot systems to Turkey and that it was ready to purchase the systems from the United States as well.

“We made this offer to the United States on the Patriot: If you are going to give us Patriots, then do it. We can also buy Patriots from you,” he said.

“They also softened significantly on this S-400 issue. They are now at the point of ‘promise us you won’t make the S-400s operational’,” Erdogan added.

Previous talks between Turkey and the United States on the purchase of the Patriots have collapsed over a host of issues, from the S-400s to Ankara’s dissatisfaction with Washington’s terms. Turkey has said it will only agree to an offer if it includes technology transfer and joint production terms.

US officials said on Tuesday Ankara had to clarify its position on the S-400s for their security ties to advance.