TEHRAN (defapress) – Kazakhstan is suspending all public events and closing schools and colleges in response to the coronavirus outbreak, authorities said on Thursday.
News ID: 80486 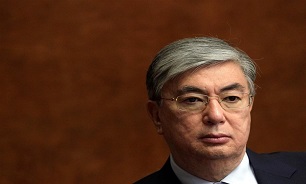 The Central Asian country, which borders China, has so far reported no coronavirus cases, but Kazakh authorities have said the arrival of the disease appeared imminent.

The government will ensure a steady supply of food and other necessities, President Kassym-Jomart Tokayev wrote on Twitter, urging officials to minimize the impact of the pandemic on small- and medium-sized businesses, according to Reuters.

Government officials told a briefing that the spring break at schools would start a week earlier and be extended to April 5, and colleges and universities would switch to distance learning. Cinemas will also close.

Kazakhstan is reducing the frequency of flights to Western European nations, the United Arab Emirates and Belarus, officials said.