TEHRAN (defapress) – Iranian Oil Minister Bijan Namdar Zanganeh informed on Friday that OPEC and its allies have agreed on a historic production cut that would take 10 million barrels per day offline as the coronavirus pandemic saps demand for crude.
News ID: 80770 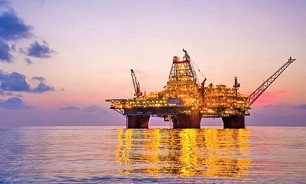 He made the remarks after the 10-hour OPEC+ extraordinary meeting, saying that other oil producers, the US, Brazil and Canada, are to join OPEC in this decision.

Zanganeh noted that the decision is a two-year one and the output cut is the biggest one in OPEC and non-OPEC history.

A statement released by OPEC following the meeting outlined details of the cuts but notes the measures were “agreed by all the OPEC and non-OPEC oil producing countries participating in the Declaration of Cooperation, with the exception of Mexico, and as a result, the agreement is conditional on the consent of Mexico.”

The extraordinary meeting kicked off around 10:30 a.m. ET and stretched into the evening.

Following the meeting, Mexico’s Secretary of Energy Rocío Nahle said in a tweet that the country would be willing to cut production by 100,000 barrels per day for the next two months. OPEC+ had reportedly asked for a cut of 400,000 barrels per day, according to Reuters.

The group did call on other major producers to cut production in a further bid to prop up prices.