Daesh Launches Attack on Iraqi Base in Anbar

TEHRAN (defapress) – Members of the Daesh terror group on Wednesday launched an attack against an Iraqi military base in the western Anbar province, a military officer said.
News ID: 80816 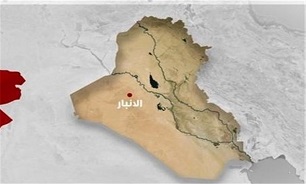 The officer, speaking on condition of anonymity to Anadolu news agency, said the terrorists attacked the camp in Al-Karmah town, east of Anbar, early on Wednesday, using light and heavy weapons.

The assault left one soldier dead and two others injured, he added.