'Iran is stronger today in the Middle East, America is weaker'

TEHRAN (defapress) – Referring to the launch of IRGC’s first military satellite into space, the US Senator Chris Murphy said that Iran is stronger today in the Middle East, and America is weaker than 4 years ago.
News ID: 80909 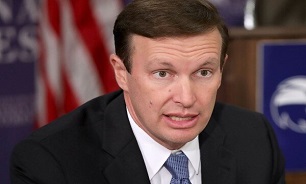 “In virtually every way, Iran is stronger today in the Middle East, and America is weaker than 4 years ago,” he added.

The US senator went on to say that Iran was cooperating with other forces in the fight against ISIL terrorists during Obama tenure, claiming that now "Iran and their proxies are shooting at US troops on a regular basis." Despite Trump's claims, assassination of General Soleimani has not deterred Iran, he said.

“Trump blew up the nuclear deal and promised to build a new system of international pressure to force the Iranians into a new, better deal,” Murphy added.

“Obviously, that failed miserably. Nobody signed up for the new sanctions & Iran restarted their nuclear program. And no new, better deal,” he noted.

“Trump's policy of diplomatic withdrawal, unilateral economic sanctions, and blind, non-strategic military escalation has done nothing but play into Iran's hands. They are stronger, we are weaker. And the launch of this satellite is just more proof," the US Senator stressed.

Iran’s Islamic Revolutionary Guards Corps (IRGC) has successfully launched the first military satellite by the domestically-built launcher Qassed (messenger) on Wednesday morning and placed it into the orbit at an altitude of 425km.