TEHRAN (defapress)- Iranian Foreign Minister Mohammad Javad Zarif underlined that the COVID-19 epidemic, which has infected close to three million people around the world, proved that all humans are on the same boat and they should unite to overcome their problems.
News ID: 80924 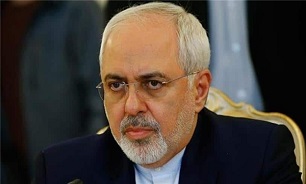 "This year, the #COVID19 pandemic has shown that we need to reflect more on how ALL of us in the human community are in same boat, and on the same journey," the Iranian foreign minister tweeted on Friday night.

Zarif also congratulated all Muslims around the world on the occasion of the advent of the holy month of Ramadan.

"#Ramadan is for Muslims a special time for prayer & reflection,” he further tweeted.

The Iranian foreign minister wished all Muslims a healthy, safe, and blessed Ramadan.

The holy fasting month of Ramadan start on Saturday, April 25, in Iran.

The advent of Ramadan may vary from country to country depending on the situation of the moon. Since the new moon is not in the same state at the same time globally, the beginning and ending dates of Ramadan depend on what lunar sightings are received in each location.

As a result, Ramadan dates vary in different countries, but usually only by a day. This is due to the cycle of the moon.

The coronavirus COVID-19 is affecting approximately all countries and territories around the world. The virus was first reported in the central Chinese city of Wuhan late last year. It has so far killed more than 191,000 people and infected over 2.7 million others globally.

The Iranian health ministry announced on Friday that 1,168 new cases of coronavirus infection have been identified in the country, adding that 93 people have died of the COVID-19 virus in the past 24 hours.

“1,168 more patients infected with COVID-19 virus have been identified in the country since yesterday based on confirmed diagnosis criteria,” Health Ministry Spokesman Kianoush Jahanpour said.

He said that the total number of coronavirus patients in Iran has increased to 88,194, adding that 93 people have lost their lives due to infection to the virus in the past 24 hours, increasing the total toll to 5,574.

Jahanpour, meantime, said that 66,596 infected people have been treated and dismissed from hospitals, expressing concern that 3,121 patients infected with COVID-19 virus are in critical conditions.