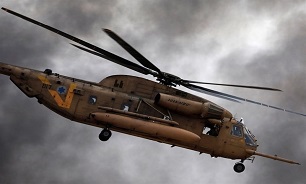 Syrian state media reported on Friday that an Israeli missle strike inflicted limited material damage to some of its military positions in the south. No human casualties were reported following the attack.

The aircraft bombed sites in the Quneitra and Daraa provinces early morning after approaching from the occupied Golan Heights, firing some five missiles, according to the Jerusalem Post.

Known to carry out frequent cross-border bombing raids in Syria, Israel’s last such attack came on Monday, killing up to three civilians and wounding several more, according to the Syrian Arab News Agency (SANA).

The Syrian army and its allies which for years have aided Damascus in its fight against foreign-backed terrorist factions– have been a frequent target for the Israeli forces throughout the Syrian war on terror.

The Syrian government has condemned the attacks as blatant violations of its sovereignty.