TEHRAN (defapress) – Lebanon’s Ministry of Foreign Affairs and Emigrants has summoned the German ambassador to the country over the designation of Hezbollah as a terrorist organization by the German government.
News ID: 81018 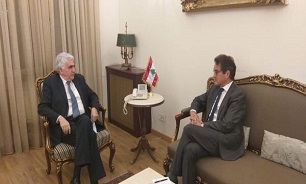 According to Alahed, the envoy claimed that Germany has not designated Hezbollah as a terrorist organization, rather its activities have been banned in the European country.

The Lebanese minister highlighted that Hezbollah is among the main political parties in the country and represents a vast section of the nation.

Germany on Thursday announced a ban on Hezbollah activities in its soil after designating the group as a terrorist organization. The move received wide backlash from in and out of Lebanon.

Secretary-General of the Lebanese Hezbollah Resistance Movement Hassan Nasrallah said on Monday that the decision has been made under US pressure and to satisfy the Israeli regime.