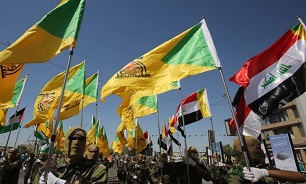 According to a statement by Hashd al-Sha’abi, the PMU forces on Tuesday used mortar shells and artillery rounds to destroy a Daesh hideout near the Alas oilfields, located northeast of Tikrit, the provincial capital of Salahuddin province, Iraq's Baghdad al-Youm website reported.

In the western Makishifa district of the province, the popular forces also managed to destroy several hideouts of the terrorists and clear the area of their remnants, it added.

The attack also claimed the lives of Abu Mahdi al-Muhandis, the second-in-command of the PMU, and eight other Iranian and Iraqi people.