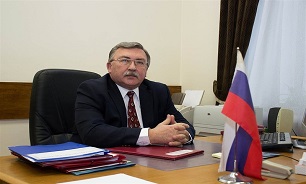 “Two years ago today #US withdrew from #JCPOA. Now we can see that this step resulted in deteriorated security in P. #Gulf, development of nuclear programme of #Iran beyond the agreed limits and desperate efforts of US to restore the status of a participant of the #IranDeal,” the tweet reads.

Washington re-imposed its sanctions on Iran in May 2018 after unilaterally withdrawing from the 2015 nuclear deal (also known as the JCPOA) between Tehran and world powers that has been endorsed by the UN Security Council.