TEHRAN (defapress) – On the second anniversary of the unilateral withdrawal of the US from the Joint Comprehensive Plan of Action (JCPOA), Iran Foreign Ministry said that people and communities in America have disapproved Trump’s decision to exit the Deal.
News ID: 81050 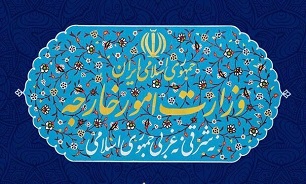 In a Friday tweet, Iran Foreign Ministry wrote, “It is 2 yrs since the US regime has pulled out of #JCPOA. But according to surveys from the beginning of the exit, people and communities in America have disapproved Trump’s decision to exit the Deal.”

“Trump has failed to be listened to and followed,” it added.

The United States announced its withdrawal from the Joint Comprehensive Plan of Action (JCPOA), also known as the "Iran nuclear deal" or the "Iran deal", on May 8, 2018.

In a joint statement responding to the US withdrawal, the leaders of France, Germany, and the United Kingdom stated that United Nations Security Council resolution endorsing the nuclear deal remained the "binding international legal framework for the resolution of the dispute".