TEHRAN (defapress) – Iran has brought back a group of nationals who were stranded in Tajikistan after the outbreak of the coronavirus, the country’s Embassy in Dushanbe announced.
News ID: 81095 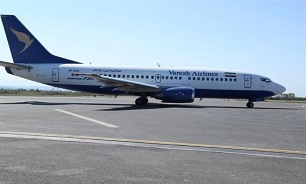 A batch of 137 Iranian citizens returned home from Tajikistan on Tuesday night with an Iranian flight, the Islamic Republic’s Embassy in the Central Asian state said.

The Iranian students, tourists and business people got stuck in Tajikistan after the Dushanbe government put severe restrictions on the return of the foreign nationals, suspended domestic and international flights, and banned all travels between the cities following the coronavirus outbreak.

Iran’s diplomatic missions abroad have stepped up efforts in recent weeks to repatriate Iranians. More than 300 citizens stranded in India have been taken back to Iran from New Delhi and Mumbai over the past two months.